The BLLAST project has a strong modeling component to complete the investigation of the dynamics of the afternoon transition and support the observations taken during the observational period.

Up to now the modeling tools available in BLLAST community are: 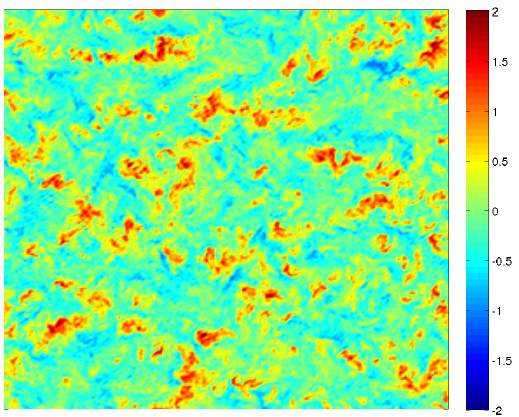 We plan before, during and after the BLLAST experimental campaign a number of numerical experiments at different spatial and time scales. These are the following:

This section lists the different scientific questions the modeling group will try to answer.

A/ The common questions we should address before a LES study:

2/ Can we provide some guidance for the field campaign what to look (which variables)? Where (which levels)? When?

3/ At what time the LES should start to correctly simulate the transition period from the atmospheric turbulence and surface point of view?

4/ Is the response very sensitive to resolution, numerical schemes and sub-grid scale parameterizations?

5/ How do operational models perform in describing the transition? This can help focusing on the major defaults of those models. Focusing in the physical parameterizations: boundary layer schemes, surface representations and radiation.

1/ What is the impact of the surface characteristics on the transition period?

2/ What are the relevant surface parameters for the scaling: heat storage in the cover/ground, Bowen ratio, roughness , …

4/ Impact on in situ measurements:

What is the impact of the topography on the transition?

6/ Can we suggest an appropriate scaling which would cover this transition from the well-mixed BL to the stable BL and overlying residual layer ?