Aircraft are invaluable tools in atmospheric measurement campaigns since they are able to capture high-rate fluctuations as well as horizontal and vertical variation of mean parameters, like temperature, moisture and wind. Given the BLLAST objectives, the aircraft will mainly fly in the middle-to-late afternoon, in close coordination with ground-based instruments (flux stations and remote sensing devices), tethered balloons, and, when possible, unmanned airborne systems. Two aircraft were chosen to contribute to BLLAST: The French Piper Aztec from SAFIRE, and the Italian Sky Arrow from Ibimet and Isafom. Both are equipped for turbulence measurements, and offer a good cost-performance compromise. A part of their operation is funded by the European EUFAR programme, in the frame of two BLLAST side-projects: BLLATE1 for the Piper Aztec, coordinated by D. Pino (Barcelona Tech, SP), and BLLATE2 for the Sky Arrow, coordinated par J. Vila (University of Wageningen, NL). The remaining part is funded by French scientific research agency (CNRS) and the University of Toulouse (France).

Different flight strategies have been elaborated, according to the objectives and the aircraft availability: The Sky Arrow will participate to the campaign from June 14 to June 26, whereas the Piper Aztec will be on filed for the whole period (up to July 8). Furthermore, the two aircraft present some differences, the Piper Aztec flying at 70 m/s, i.e. ~ 30 m/s faster than the Sky Arrow. For an identical time of flight, the former thus explores an area larger than the latter does, but offers a coarser resolution (assuming an identical instrumental performance), and a poorer maneuverability for the evolutions at the lowest heights. The flight plans are drawn to capture horizontal heterogeneity, vertical structure, size of the (coherent) eddies and their (non-) isotropy, and time evolution. The levels of horizontal runs are often dependent on the thickness of the boundary layer, which in general will be determined from a vertical sounding at the beginning of the flight.

The main flight axes are represented in the figure above. The coordinates of the axes extremities are given below. S2C-N2C axis crosses the two supersites, whereas S3-N2 axis is equally distant from the two other S- N axes.

The use of combined data from the two aircraft requires they are able to give same values if they measure the same parameters at the same place and time. This requires calibration and intercomparison maneuvers. As often as it could be done, a run on the same track, at the same altitude and at close times will be done by the two aircraft somewhere between the airport/airfield area and the BLLAST flight area. Furthermore, one dedicated intercomparison flight can be envisaged during the campaign, with common figures at close times (spiraling sounding, few straight and level runs in two orthogonal directions). However, wing-to-wing maneuvers cannot be realized due to the airspeed difference between the two aircraft.

The flight plans are presented in the « Piper Aztec » and « Sky Arrow » sections. They are generally built on stacked runs in vertical planes and spiraling profiles. In addition, simpler patterns like flying a single repeated track for a large number of passes to maximize the sample size, and then examine the sampling problem and better isolate the influence of surface heterogeneity, are also envisaged.

The Piper Aztec owns to Météo-France and is operated by the service SAFIRE. It measures along its flight track the pressure, temperature, moisture, CO2 concentration and 3- D wind with a spatial resolution of few meters. Its endurance is 2.5 hours (see the detailed description in Part VIII). During BLLAST, it will be based at the Tarbes-Lourdes international airport (LFBT). A time of flight of up to 2 hours can be devoted to measures in the domain of interest for BLLAST. All the flights will be realized under the visual flight rules (VFR), but LFBT is equipped for VFR landing after sunset, which is an advantage given the interest of BLLAST for the evening period. Below are the Piper Aztec flight plans. 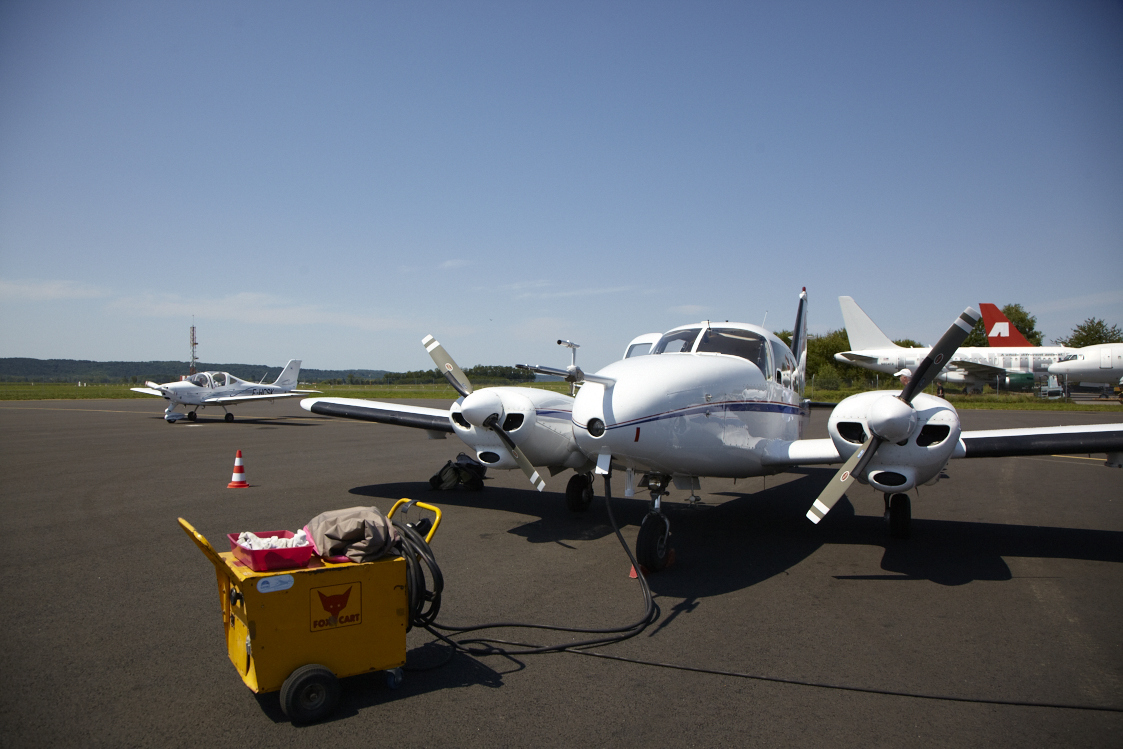 The Sky Arrow owns to Ibimet and Isafom and is operated by VALAR company. It measures along its flight track the pressure, temperature, moisture, CO2 concentration and 3- D wind with a spatial resolution of ~ 1 m. Its endurance is 2.5 hours (see the detailed description in Part VIII). During BLLAST, it will be based at the Tarbes-LaloubÃ¨re airfield (LFDT). A time of flight of up to 2 hours can be devoted to measures in the domain of interest for BLLAST. All the flights will be realized under the visual flight rules (VFR), LFDT being not equipped for VFR landing after sunset. Below are the Sky Arrow flight plans. 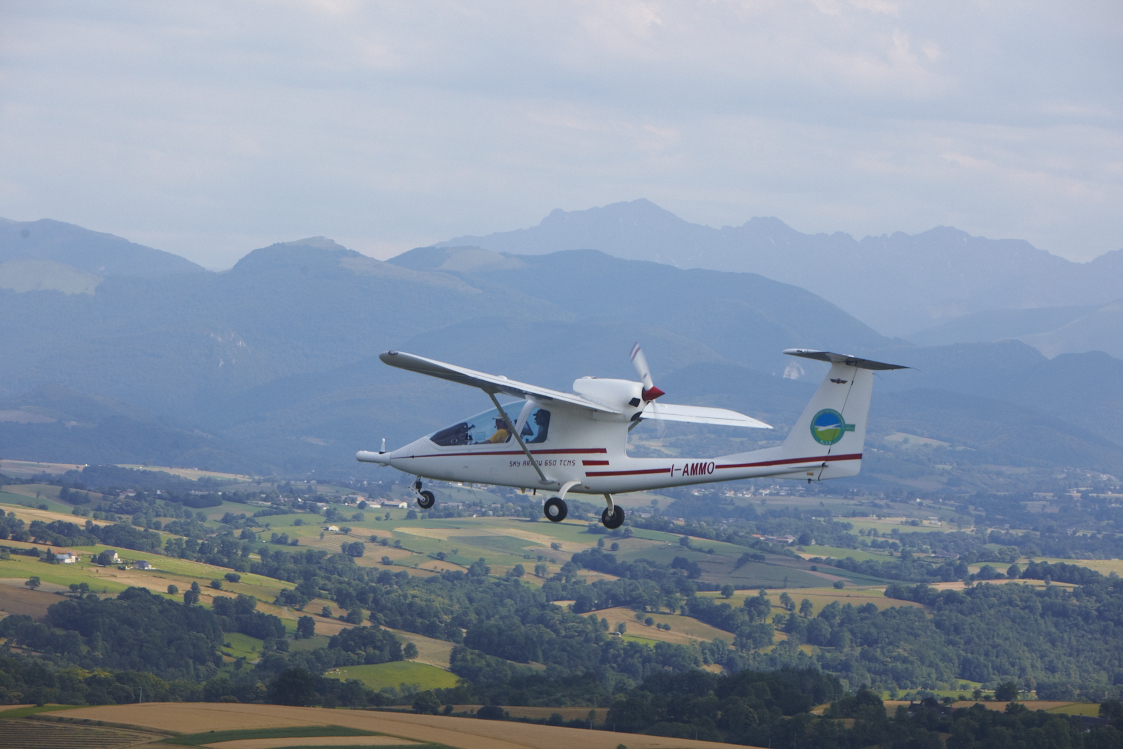