When the conditions are favorable, intensive observations will be made with manned aircraft, unmanned aerial systems (UAS), tethered and radiosounding balloons, and in situ aerosol measuring system. The airplanes (Piper Aztec and Sky Arrow) and UAS will probe an extended area, with horizontal legs at different levels for the measurement of turbulence intensity and scales.
The potential favorable conditions are fair weather, dry convection during the day, expected clear sky or fair weather cumulus during the afternoon and evening transitions, with light to moderate winds. Those correspond to anti-cyclonic conditions (mountain-plain breeze regime), post-frontal conditions, low pressure gradient conditions, … Frontal systems and strong foehn events are unfavorable.
Over the 3.5 planned weeks of field campaign, we expect/hope for 10 days of good conditions, during which the aircraft, the UASs and the balloons will be deployed intensively. Those days will be classically called Intensive Observing Periods (IOP).

Standard MODEM (LA) and GS-H (UC Davis) radiosoundings will be launched during the IOP days at least, and potentially more days 4 times per day at 6, 12, 18, 24 UTC, and assimilated by the MÃ©tÃ©o- France forecast models. During the first week, the University of Bonn will help in the operations of the radiosoundings in site 1 (GRAW radiosondes).
Those standard radiosoundings will give the mean structure of the entire troposphere (up to 20 km height) along an entire diurnal cycle. If the number of radiosondes allows it, more than four soundings per day will be launched. On some events, an attempt of estimating the sub-mesoscale divergence will be done by launching simultaneously 3 balloons on three sites (the three sommits of the profiler triangle, super-site 1, super-site 2 and site 3). 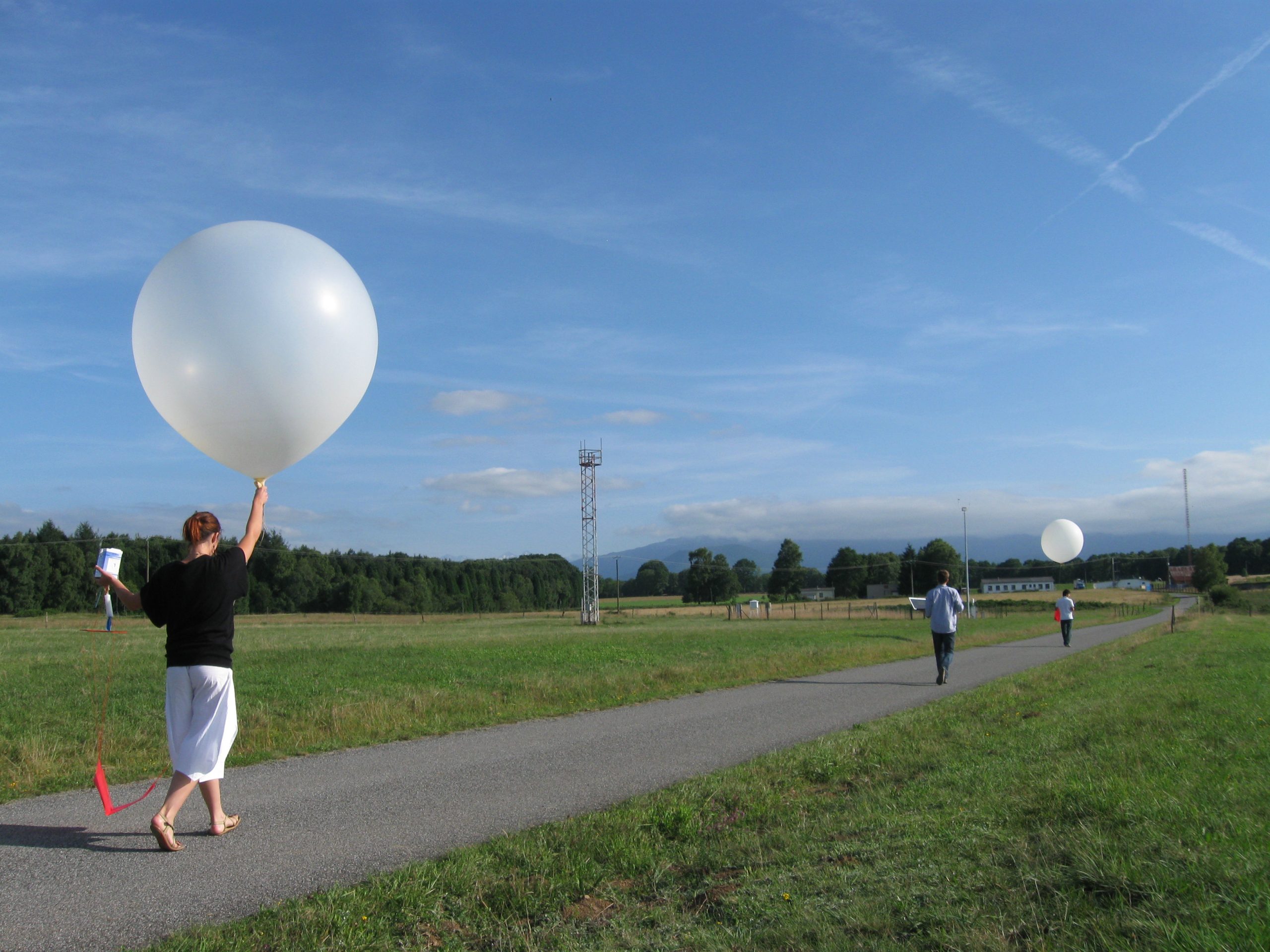 A new technique used by MÃ©tÃ©o-France/GAME/GMEI will be used for frequent soundings of the lower troposphere only, during the late afternoon transition. By use of 2 balloons, those are ascending up to about 2 km height, and then go back down to the ground. A model allows to predict the landing area, and helps the decision of release. The probe, protected by a structure, is re-used after a sounding for a future sounding. The time interval planned is 1 hour or 1.5 h between two soundings. Tethered balloons are used with similar probes than with radiosoundings, except that the probes also have a cup-anemometer for the wind measurements. Those probes are hanged to the wire that keeps the balloon linked to the ground. There will be 3 tethered balloons operating during the late afternoon of IOP days, from 14h to 21 UTC.
The CNRM balloon will be equipped with one newly developed turbulence probe, and operated at site 1. The probe will be fixed at a given height, slight above the 60 m tower, or in the vicinity of the inversion and entrainment zone, when the boundary layer depth and the wind allow it.
Two other tethered-balloons (from LA and the University of Utah, also with help of the University of Bonn for the first week) will be operated on site 2, over 2 different surfaces (the maize field and the moor field), with 5 to 6 usual TTS probes below them, hanged at 5-6 different levels. They measure the mean meteorological variables at 1 s interval when they are single, and about 8 s time interval if 6 probes are used.
Most of the time, the balloon will be alternatively fixed at a low height (about 150 m a.g.l), or sounding vertical profiles if the wind allows it. The goal is to evaluate the impact of the surface heterogeneity on the surface layer vertical structure. 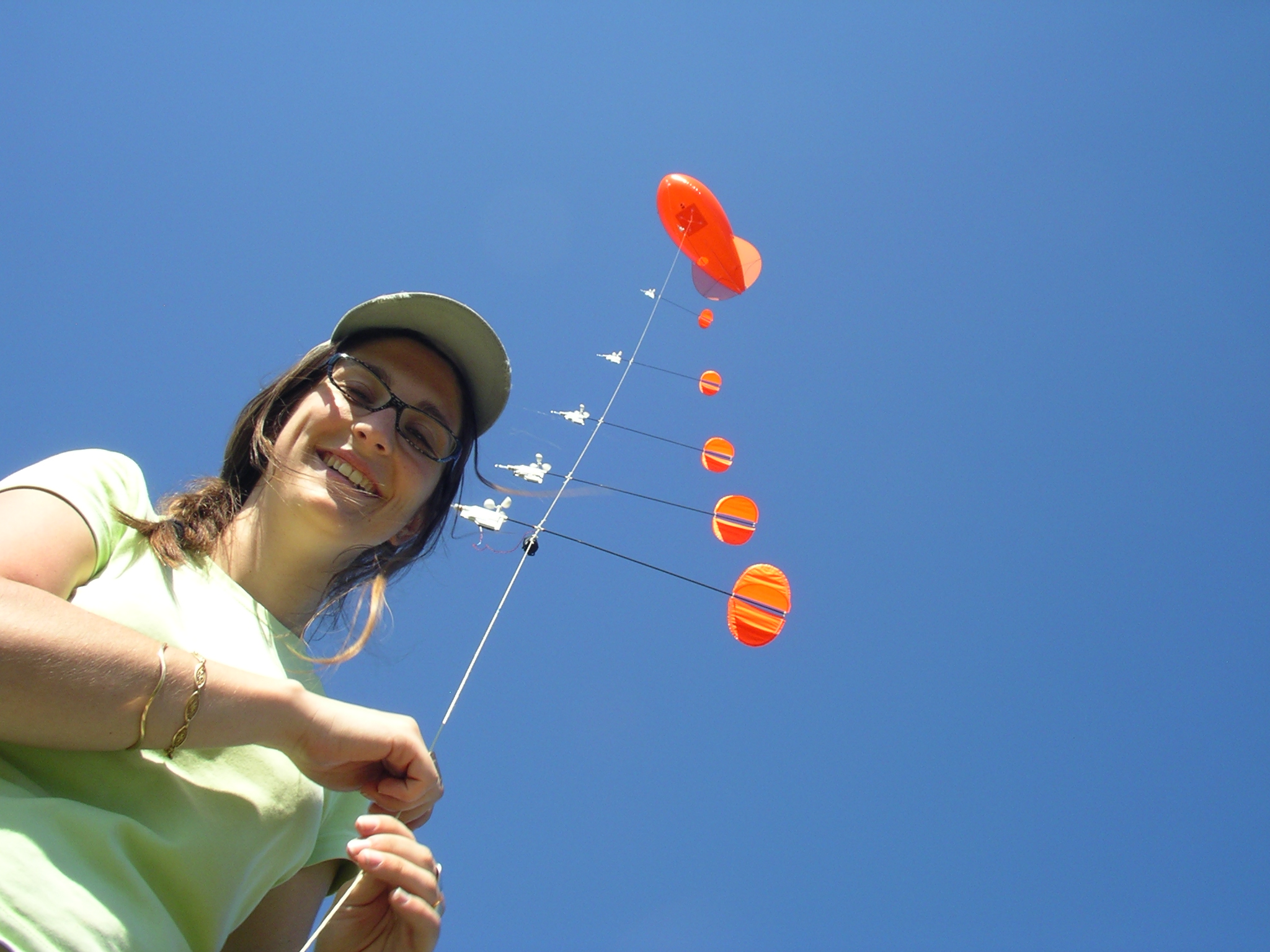